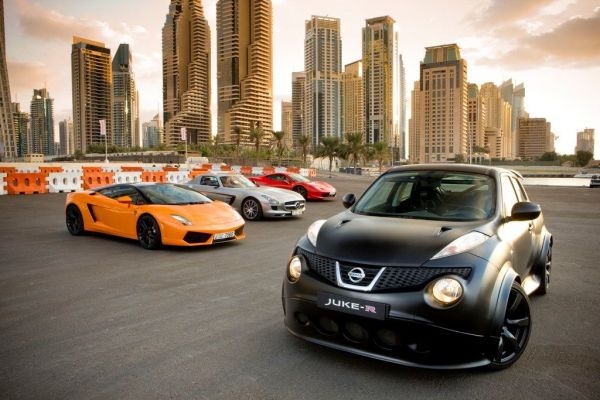 Combining the design of the Juke SUV with the power of a GT-R, the Juke-R is claimed to be the fastest crossover on the planet. Its 3.8-liter engine boasts 545 hp, enabling top speeds of 257km/h (152mph).The limited edition uses the chassis, suspension and wheels of the Nissan GT-R 2012. The new version of the Juke-R exceeds the power of the prototype that was presented in Malaga, Spain in October 2011.Thanks to its bump in power, the Nissan Juke R favorably compares to the likes of the Porsche Carrera Turbo S (530hp) and the Mercedes-Benz SLS AMG (571hp).

To promote the Juke R, Nissan has released an internet video titled “Desert Nemesis,” in which the model races some of the fastest supercars in the world.The Juke R will be built on demand, and Nissan is still keeping its retail price a secret. The first models will be delivered towards the end of the summer.