Capetonians and South Africans are celebrating the Mother City being named World Design Capital for the year 2014! The International Design Alliance (IDA) Congress in Taipei last week was a celebration in itself, amidst parties on home soil. 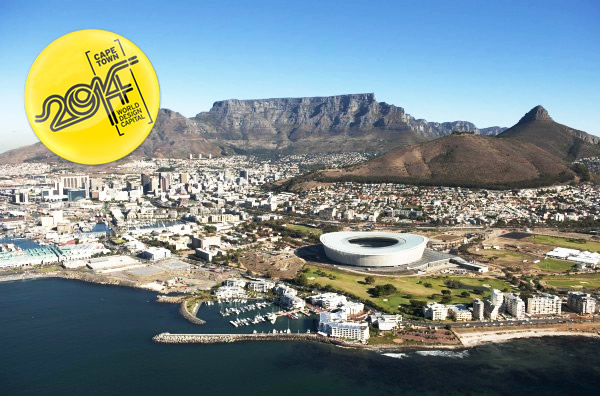 Cape Town has acquired the title over fellow short-listed cities, Dublin and Bilbao. The Taipei announcement and the acceptance speech by Cape Town Executive Mayor Patricia de Lille were streamed live over the internet at a gathering hosted by the Cape Town Design Network (CTDN) at the Field Office in The Fringe. Members of the City of Cape Town’s Mayoral Committee and Cape Town World Design Capital Bid Committee were present too. Many Capetonians had also attended the CTDN’s pre-announcement party at The Assembly, one of Cape Town’s leading live music venues.

In Cape Town, acting Executive Mayor Ian Neilson announced the news at a Council meeting. “This is great news for our entire city and especially for our design community whose work earned us the title. We are celebrating design in its broadest sense from construction, engineering and process solutions for human needs to that which is visually and functionally useful and beautiful. In 2014 we will be celebrating 20 years of democracy – and now, through a full year of design-led events, we will be celebrating the role that design has played in taking a divided city and transforming it into a more integrated one. Design holds the key to addressing the issues of growing urbanisation. Design will help us to make a great city event greater.”

As the World Design Capital for 2014, the City of Cape Town will now be required to pay a licensing fee of 160 000 Euros to Icsid (the International Council for Societies of Industrial Design) over two years, for the use of the title. Private sector sponsorship will be sought to promote the title and the city’s year-long programme of events.

Guy Lundy, CEO of Accelerate Cape Town and Bid Committee member said: “To be economically competitive Cape Town must promote its people assets, ideas, skills, and solutions for a more liveable city, to the world – against a backdrop of great natural beauty. We anticipate strong private sector interest in partnering with the World Design Capital 2014 project in the form of sponsorships. The title offers a full year of exposure in 2014, plus two years of pre-publicity in the run-up to the designated year. This makes it a very attractive opportunity for brands wanting to align themselves with design and creativity.”

“Cape Town has many faces. On the one hand, it is among the most beautiful cities in the world. On the other hand, the legacy of the past created many social problems. While nothing is superficial about Cape Town’s beauty, the ugly side is also in-your-face. It is these two extreme conditions that make Cape Town a great incubator for design, motivated by South Africans’ resilience and persistence in the face of challenges. This is evidenced by all the inspiring projects that have been captured in our World Design Capital bid book.”