Property
August 26, 2010 by Luxlife
0 0 0
26 August 2010
Global property group Sotheby International Realty says luxury property in South Africa is attracting more attention from wealthy business owners and executives from other parts of Africa than ever before. 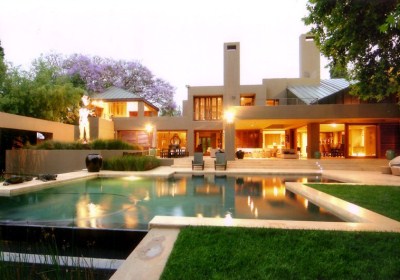 “Now many business leaders from these and other African countries are setting their sights on owning a luxury home or holiday home in this country rather than in the European or UK cities they used to favour.”

He added that the interest was even more apparent during the soccer World Cup when many top-line rental properties were taken up by executives, sports stars and celebrities from other African countries.

Geffen also revealed that more enquiries have been coming in from those countries about property.

“we have been receiving an increasing number of property purchase enquiries from these countries for some time now”.

Recent sales to buyers from elsewhere in Africa, Geffen says, include a Sandhurst property sold to a Nigerian family for R24-million.

“What is more, according to both the International Monetary Fund (IMF) and the Organisation for Economic Co-operation and Development (OECD), Africa’s economy is recovering faster than initially expected from last year’s global economic crash, thanks to higher commodity prices and rising levels of foreign investment. “

“Growth rates will average 4.3 percent and reach as much as six percent in some African countries this year in contrast with the one percent year-on-year (y-o-y) growth achieved in the second quarter by Germany, which currently has Europe’s best-performing economy, and the 0.6 percent y-o-y achieved by the US. “

Geffen encouraged SA home owners to shift their focus from Europe to Africa when looking for luxury home buyers.

“What this means in simple terms is that SA homeowners hoping to attract a foreign buyer for their luxury properties should now be looking at African countries with strong economies rather than Europe, the UK or the US where the strong rand is another factor mitigating against the purchase of SA real estate.”