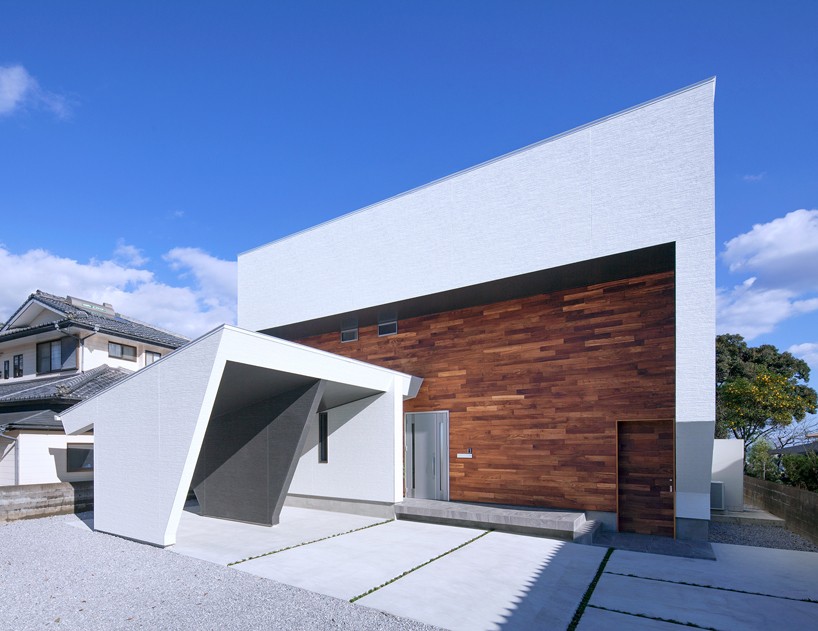 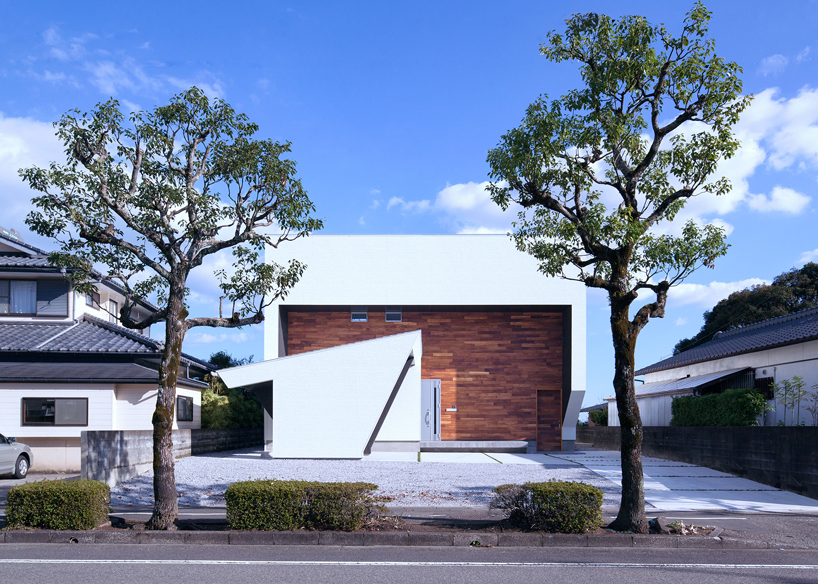 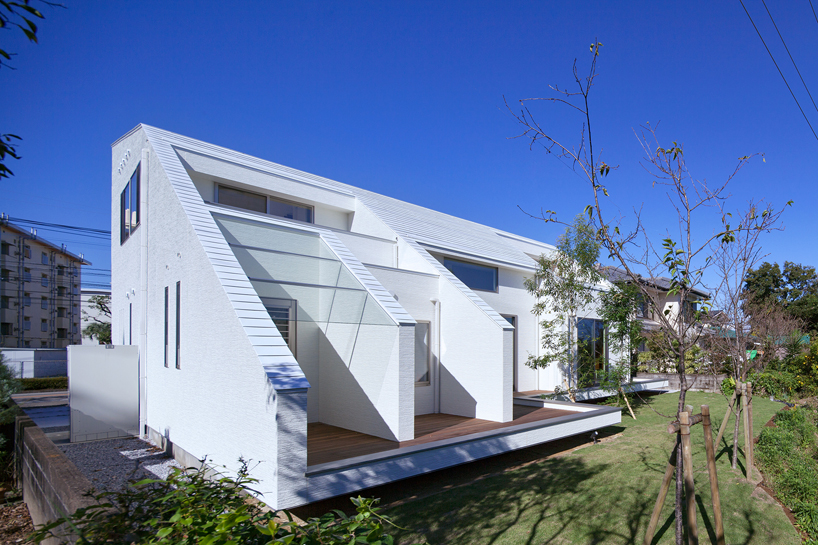 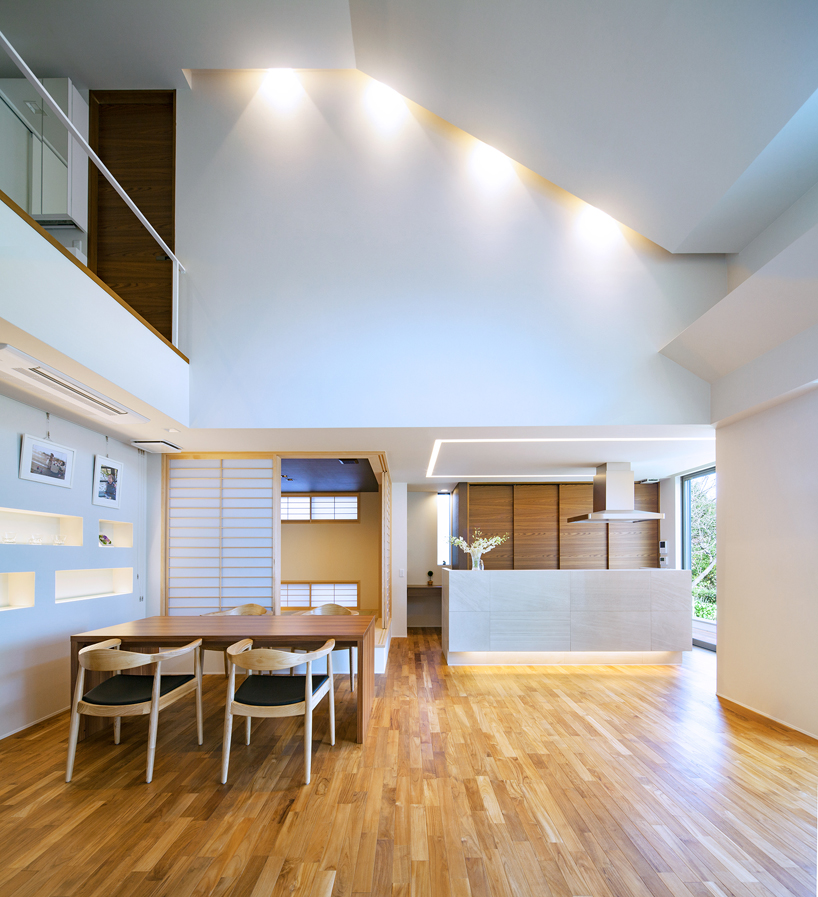 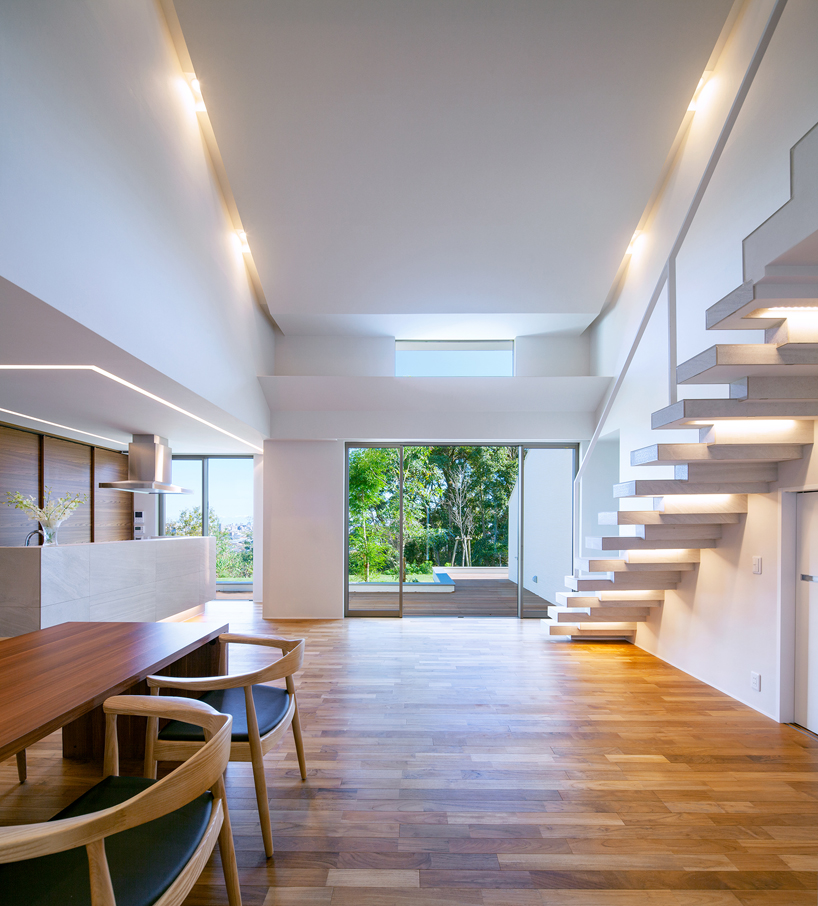 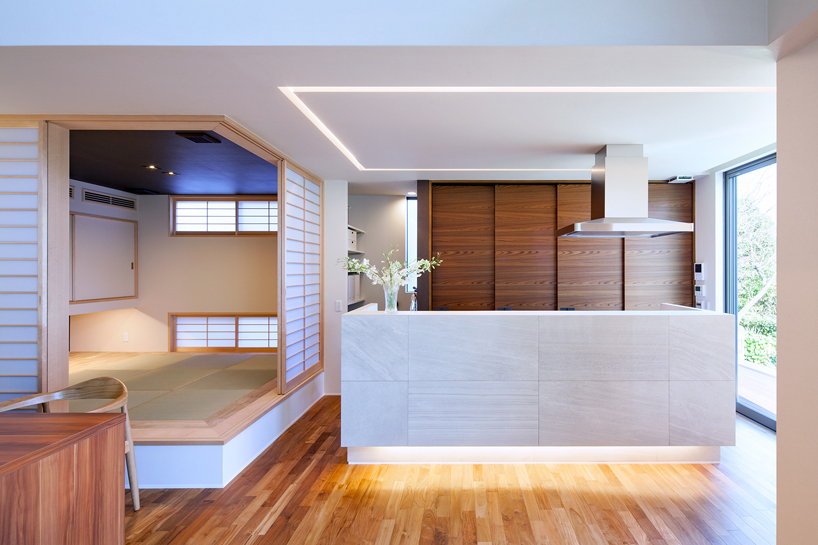 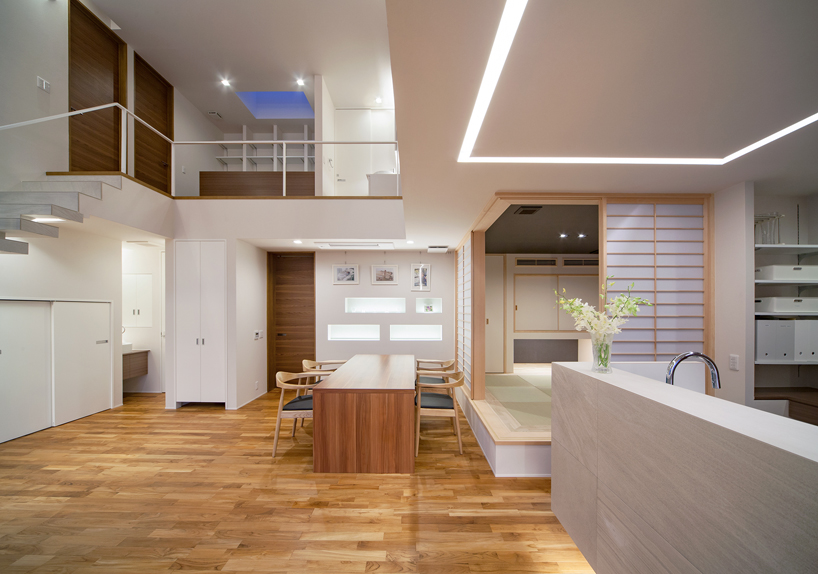 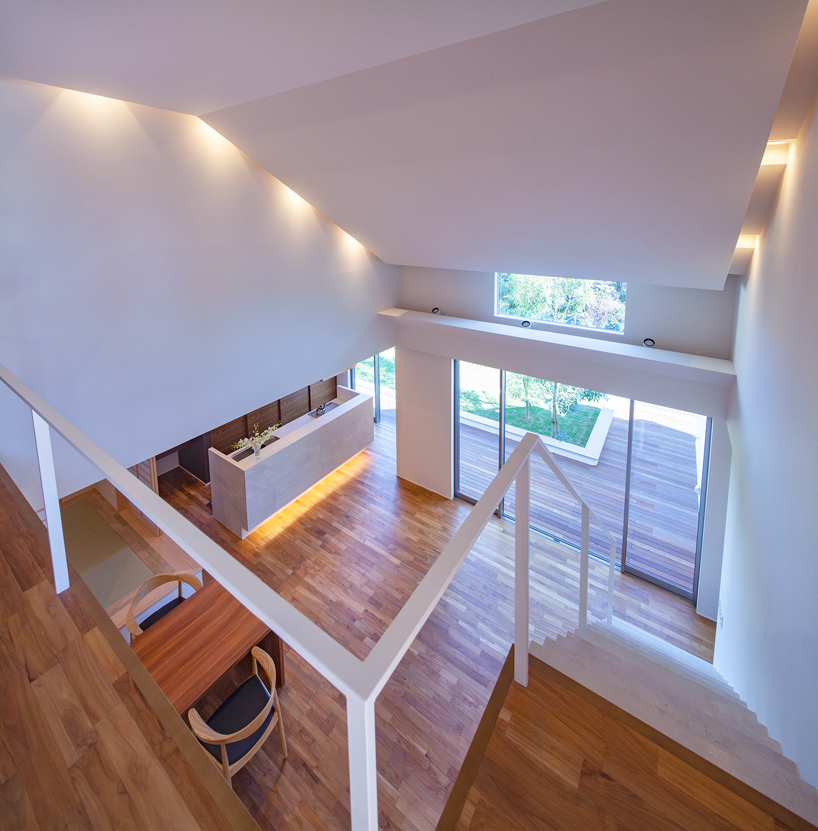 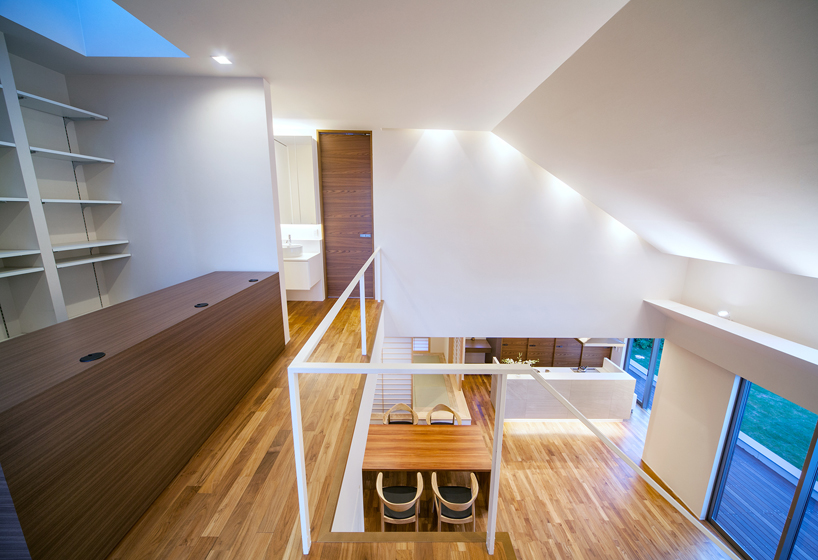 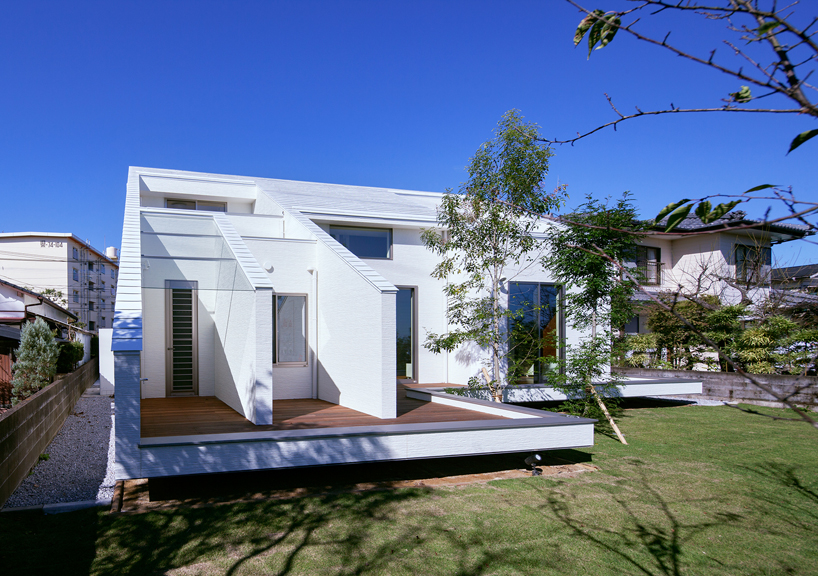 Architect show develops I in 3 house for its hilltop location in japan based at the top of a hill in a residential suburb of miyazaki city, masahiko sato of architect show has shared their latest project- ‘I-3 house’.

In response to the location’s climatic conditions which is influenced by its coastal setting this angular property has been developed. The exaggerated sloping roof contributes in minimizing wind pressure in case of typhoons and allows rainfall to flow off with ease. The entire building has also been lifted slightly off the ground to allow the inhabitants to enjoy views of the city and hyuga sea. This single family home presents a discreet façade with no windows on the street facing facade made to protect and shelter its residents. On the outside, the dwelling is covered in a white render with grey accents, juxtaposing with the natural timber grain. The parking and internal spatial configuration has influenced the overall form of the building.