Any takers? Dubai police say they will be auctioning off an abandoned Ferrari Enzo—one of only 399 in the world—after the unnamed Brit owner fled the nation, allegedly for not paying his traffic fines. 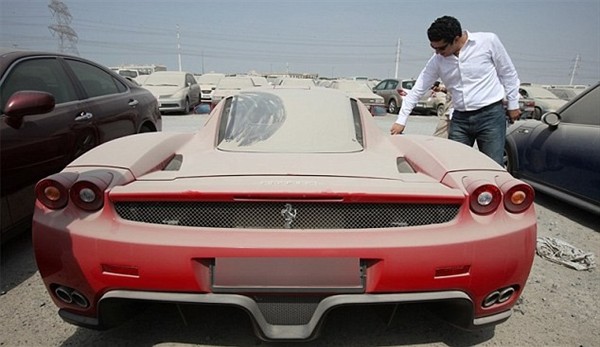 Dubai police say the Enzo, one of the top ten fastest supercars in the world, was impounded after being found abandoned at a desolate carpark. The covetable automobile will claim the honor of being the dubious star of a police auction of 23 other seized supercars set to go under the hammer.

The Enzo, which the Daily Mail says is “so rare that every time one crashes the others increase in value”, will join three other Ferraris and a veritable fleet of top-of-the-range Porsches, Corvettes, Mercedes, BMWs, Infinitis, Range Rovers and Dodges.