Style
March 14, 2011 by Luxlife
0 0 0
14 March 2011
Hong Kong’s Severn Road, a winding street of mansions and tony apartments, is still the priciest address on the planet. 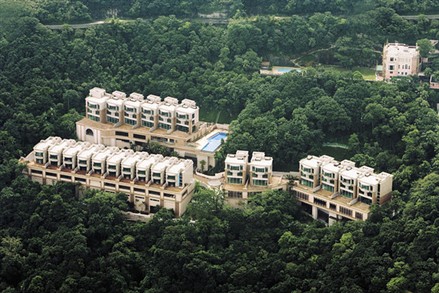 For the second year running, Financial News has determined that properties on Severn Road cost more per square foot than those anywhere else.

The financial publication surveyed real-estate agents around the world to compile its list of the 10 most-expensive streets.

Severn Road is situated near the top of Victoria Peak and overlooks Hong Kong’s famous skyline.

It is named after Claude Severn, once governor of Hong Kong when it was a British colony, and is the site of about 60 private residences.

Among them is the 8 Severn Road development, a collection of 22 luxury detached homes constructed in 2006.

Other addresses in the top 10 include Fifth Avenue in New York, Kensington Palace Gardens in London and Avenue Princesse Grace in Monaco.

The only other street on the list that’s in the Asia-Pacific region is Wolseley Road in Sydney, with a top selling price of US$21,000 a square meter.

The top ranking for Severn Road comes as no surprise to those familiar with Hong Kong’s property market. Real-estate prices in the city reached historic highs last year(, driven by low interest rates and an influx of money from mainland Chinese buyers.

Expect to pay at least €55,000 per square meter for property at the summit of Victoria Peak, high above the business district of Hong Kong. The road comprises fewer than 60 properties including ‘8 Severn’.

But expect volatility. Prices have soared by as much as 60% over the last two years, after plummeting 40% at the beginning of the financial crisis.

Known to locals as “Billionaire’s Row”, this private London road became the new home of Tamara Ecclestone, the daughter of F1 mogul Bernie Ecclestone, in January. Her father paid £45 million for number eight Kensington Palace Gardens, next door to his home at number six.

Moving up a slot from last year, the iconic Avenue Princesse Grace in Monaco has regained some of the losses it made during the recession when lacklustre demand hit the marina-front avenue. Jean-Claude Caputo, chief executive of Riviera Estates, says: “Owners on the street tend to be so wealthy they do not need to sell.”

A home in Chemin de Saint-Hospice, which snakes around the peninsula of Cap Ferrat, will set you back at least €45,000 per square meter, says Mr. Caputo. There are just 15 houses on the peninsula – one of which is owned by the Saatchi family.

Down two places from the previous year, property prices on Fifth Avenue have come under pressure at the lower end, according to local agent Stribling & Associates. However, Kirk Henckels, director of private brokerage at Stribling, says: “The large trophy apartments have been going for $60,000 per square meter. It seems to no longer be “uncool” to spend money.”

Situated on the left bank in the seventh district, Quai Anatole replaces Avenue Montaigne on the list, as Paris’ most exclusive road. Laurent Pepineau, director of Parisian property firm Paris Estates, says the views from apartments on Quai Anatole have pushed up values on the street: “Prices for the best apartments on this street could go up to €32,000 per square meter.”

Nestled between the Parc Bastions and the Parc de Malagnou, Rue Bellot is the most exclusive residential street in the Quartier de la Cité, on the left bank of the river Rhone. Prices on Switzerland’s most expensive street are bolstered by tight selling restrictions and demand from the super-wealthy looking to relocate to Switzerland.

Prices on Via Romazzino, Porto Cervo, – playground for the rich and famous created by the Aga Khan in the 1960s – have slumped. Laurence Camillo, director of Porto Cervo Real Estate says: “Property values on the Via have come down some 30% over the last two and a half years.”

Local agents say transactions on Australia’s prestigious Wolseley Road in Sydney have been sluggish, with few sales of note on the street over the past 12 months. However, for top quality, high prices are being realized. Entrepreneur Andrew Banks recently sold his home on Wolseley Road for £33m – well over the asking price of £32m.

In the heart of Moscow, five minutes from the Kremlin, lies Ostozhenka. Julia Ovchinnikova, marketing director of IntermarkSavills in Moscow, says that prices are now about a third below peak, after falling during the crisis. 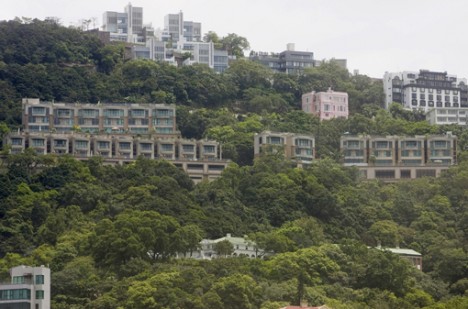 By CJason Chow from The Wall Street Journal Asia