The auction house Christie’s will auction in Geneva on Monday a very special Rolex watch worn by Roger Moore, aka James Bond in the film “Live and Let Die”. 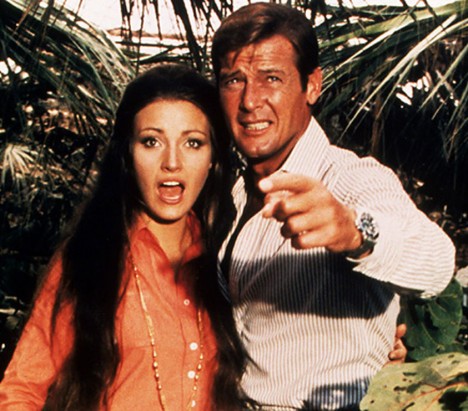 The James Bond Rolex watch comes complete with a buzz saw and a hyper-intensified magnetic field to deflect bullets.

“The watch is unique. It is the watch that Syd Cain — the famous engineer… had modified for the film, said the international director of Christie’s watches.

Estimated to fetch between 200,000 and 400,000 francs, the stainless steel watch worn by Roger Moore who played 007 in the film boasts several gadgets.

The buzz saw was created by cutting the bezel’s edges into sharp teeth and modified in order to allow it to rise to maximum height before spinning.

In the film, Bond used the saw to cut through a rope and escape with Solitaire — played by Jane Seymour — just before the villain could feed them to the sharks.

As for the magnetic feature which was meant to deflect bullets, Bond had another use for it. He used it to unzip Miss Caruso’s dress in the beginning of the film!