26 April 2011
In a bid to stand out among the host of deals marking Prince William’s wedding, London’s luxury hotels are offering guests the chance to live like a royal for a night. 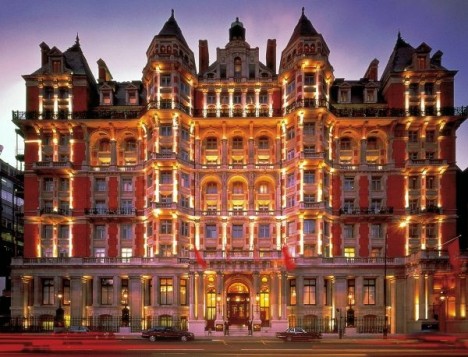 For £36,000, the clients are promised a glimpse of “the ultimate royal lifestyle”; a chance to relax in marble bathrooms, a fully equipped gym and a baby grand piano.

They have access to a chauffeur-driven Daimler car similar to those used in the royal fleet, as well as a butler who once worked for the royal family, and their own private chef.

To date, no one has bought the package but a hotel spokeswoman said there had been interest from Russian, American and British clients.

The nearby Mandarin Oriental Hyde Park is also offering a special royal wedding package which includes exclusive access to a roof terrace overlooking the procession route which William and his new bride Kate Middleton will take.

At a cost of £11,300 per person for six nights, exclusive of 20 percent sales tax, guests will also be treated to dinner at the London townhouse home of an unnamed member of the royal family.

Meanwhile at Swissotel The Howard hotel the emphasis is on the little girls who dream of being a princess.

For £2,904, girls aged between three and eight will get the full princess experience including a trip in a horse-drawn carriage to Westminster Abbey and a dress with matching handbag, glitter shoes and a silver tiara.

The young guests will also be treated to a night in a luxury room as well as a “princess afternoon tea”, complete with non-alcoholic champagne for kids.