Labeled the SP12 EC, Ferrari has officially announced this latest creation for British musician Eric Clapton. Bearing a similar silhouette to the 458 Italia, additional body panels inspired by the 512 BB model punctuate the profile while there lies a rumored 4.5-liter engine under the hood. 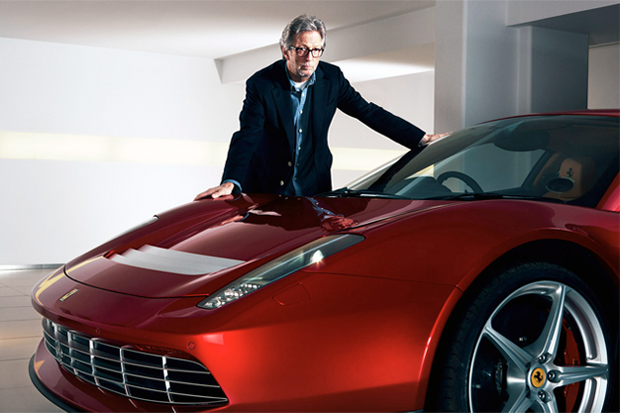 Special Projects and private automobile designer Pininfarina contributed to the reworked style of the vehicle, and represents an exemplary rival to any supercar. Clapton is known to have owned several Ferraris in the past while estimates suggest a price tag of around £3,000,000 GBP (approximately $4,700,000 USD) for the one-of-a-kind model.