When the Miura prototype made its debut at the 1965 Turin auto show, it did so without its shapely body. Even as a naked chassis, the car caused a stir, with its transverse-mounted V-12 and its unified cylinder block and transaxle. 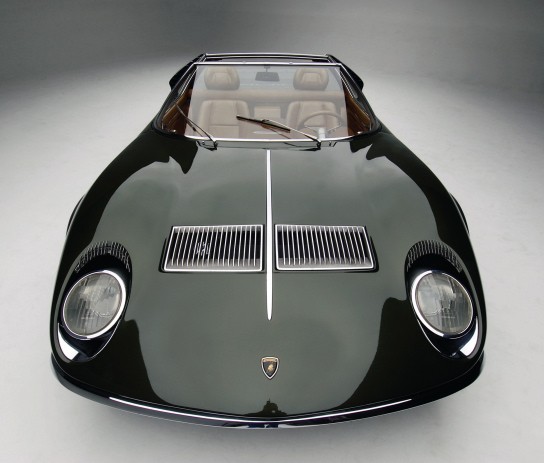 Before the show was over, Lamborghini had hired Italy’s Bertone coachworks to drape a body over it. At Bertone, the job was started by Giorgetto Giugiaro and finished by Marcello Gandini. The bodywork was completed just in time for the 1966 Geneva show, where the car was revealed in stunning red-orange livery. Bob Wallace, one of Lamborghini’s triumvirate of young engineers who built the car, remembered, “People went stark, raving mad over it.” We still do Bob….