Design
June 20, 2011 by Luxlife
0 0 0
Bombay Sapphire has launched a global campaign called ‘Infused With Imagination’ that pays tribute to the heritage and the origin of the luxury spirits brand. 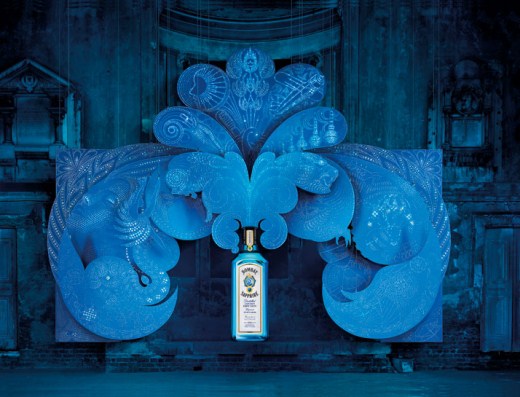 The artwork was created by a group of designers, led by Darren Simpson, and is formed through a series of illustrated panels decorated with a total of 75,000 crystals.

Illustrator Yehrin Tong was inspired by the definition of infused to create a dream-like image that “feels like an organic mixture of images both natural and mythical”.

The work was installed in a disused church. Panels were positioned to appear as though they were spilling out of the top of a bottle of Bombay Sapphire, if viewed from the right perspective.

Photographs of the installation will be used for print, outdoor and digital ads and a film about its creation will be seeded online and shown in cinemas.