As a result of climate change the ocean is overtaking the Maldives at a rate of around 3.3mm per year. By building innovative structures this nation of more than 300,000 people hopes to stay above water.The Maldivian government has signed a deal with Dutch Docklands International, an architecture firm that specializes in floating developments and infrastructures, to build artificial islands that will be able to rise along with the sea level. 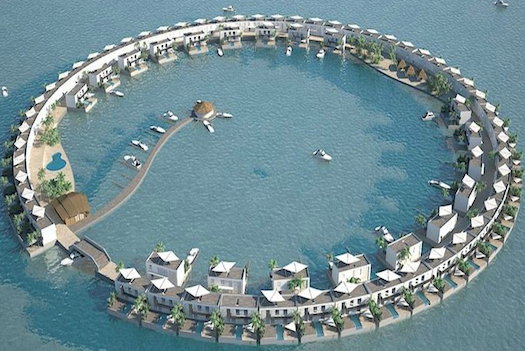 The Republic of Maldives is a nation made up of 1,192 islands in the Indian Ocean. It’s also the lowest country in the world (the highest natural point tops out around 8 ft above sea level), which makes them great destinations for tourists looking for a short walk to a tropical beach. But the locals, more than 300,000 people across 200 inhabited islands, have a rising concern: because of climate change the rising oceans may leave them homeless before the next century.
Most artificial islands are made by drawing sand up from the seabed and projecting it from a boat into a pile in the desired location. This method is disruptive and harmful to the seabed and marine ecosystem. The Maldive Islands are especially sensitive to these issues as the surrounding waters are home to long ranges of colorful coral reefs, and thousands of underwater species such as sea turtles, dolphins, and whale sharks. 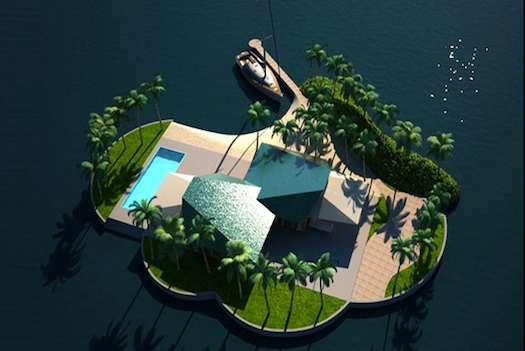 In order to leave as small a footprint as possible Dutch Docklands plans to afix their island-structures to the seabed with strong cables or telescoping poles. This would enable movement in case of extreme weather, as well as allow for modifications for length or location if needed.
The first structures to be built will be a golf course and a series of private luxury islands formed into a loose archipelago arrangement. 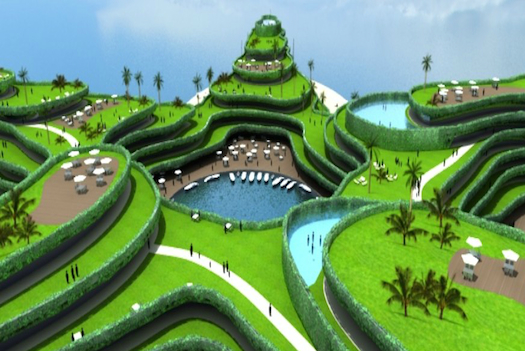 Eventually, affordable housing will be built along with more resorts and tourism centers.
Watch the video below from Dutch Docklands International for more information about the company and their goals: