Recently unveiled at the Aero Expo in Freidrichshafen, Germany, Pipistel’s new Panthera Four-seater airplane is offered with a standard gas engine or all-electric model for those preferring an aircraft that produces less air and noise pollution. The four-seat, 202-knot, 210-horsepower Lycoming IO-390 powered airplane is slated to be certified in both Europe and the United States in 2015. 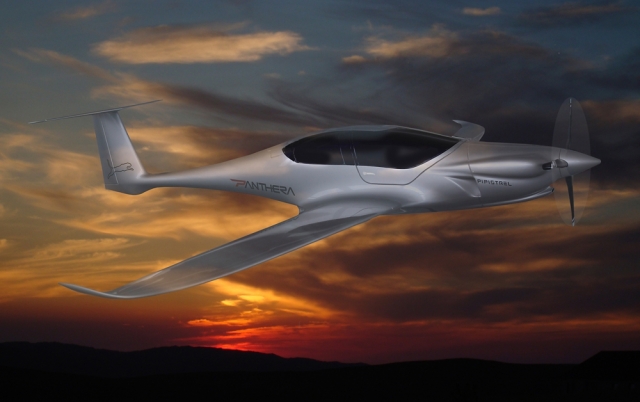 The airplane has a carbon-fiber and Kevlar composite construction and comes with a ballistic parachute system, gull-wing doors, and a panel built around Garmin’s G500 avionics suite. 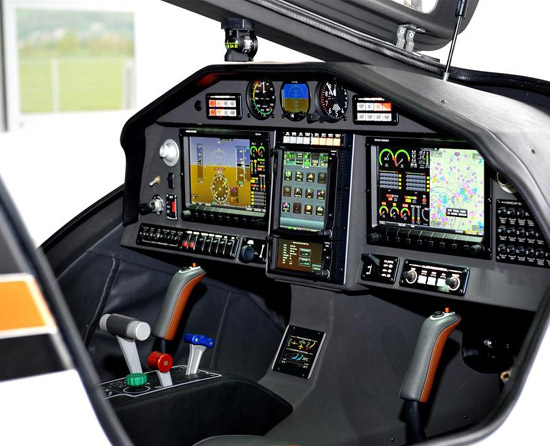 The Panthera will be available in three versions driven by petrol, hybrid and electric. A 145kW motor powers all three models with the hybrid version releasing a cruising speed of 263kmph for a range of 1220km, while the electric version permits 400km at a cruising speed of 218kmph. The petrol version, however, will be more expensive and go into production following year, with output of 230 miles per hour and a fuel consumption of 10 gallons per hour. 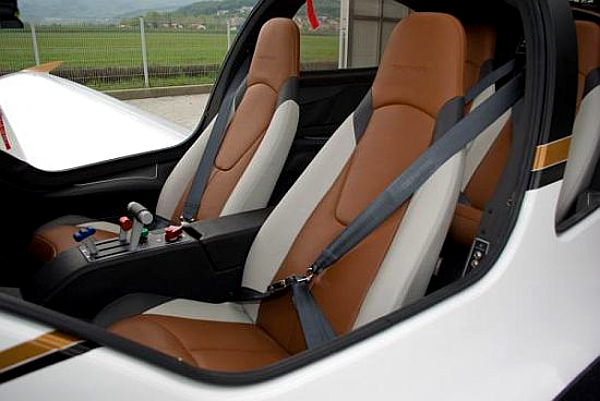 Besides a sexy, streamlined design, the interior of the Panthera comes complete with generously sized touchscreen aviation instruments, front seats that look like they were lifted from a luxury sports car, and extra wide back seats for exceptional passenger comfort. All three versions of the Panthera will be delivered with titanium-component landing gear, a state-of-the art, spacious, air-conditioned ergonomic cabin, recovery parachute, glass cockpit instrumentation, automatic solar powered ventilation and a list of standard features that should satisfy most VFR/IFR flight requirements.

Watch the exclusive look at the prototyping process for the Panthera: