The price tag for One World Trade Center, the signature skyscraper under construction at Ground Zero in New York, has risen to more than $3.8 billion.According to WSJ, the price tag for the building has shot up $700m from the latest public estimate, making it the world’s most expensive new office tower. 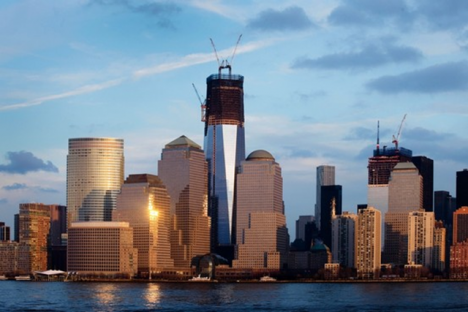 Once completed, the 1,776-foot tower will be the tallest in the U.S., but it won’t be the highest in the world.In comparison, the developer of the world’s tallest tower, the Burj Khalifa in Dubai, said it cost $1.5 billion to construct.Most of the cost overruns are due to the security measures being taken in the design of the building which sits on a site that has been bombed twice by terrorists.

Conde Nast has already signed a lease to move its headquarters to more than 1 million square feet at 1 World Trade Center.