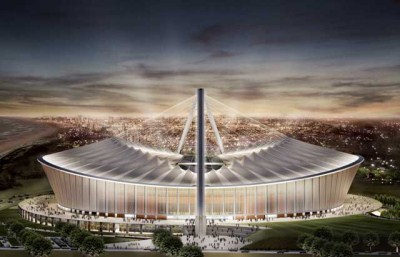 “The Soccer World Cup was an excellent advertisement for Durban’s ability to host the Olympic Games,” says Gerhard Kotzé, CEO of the ERA South Africa property group, “and the decision by South Africa’s Olympic body SASCOC to back a bid to host the 2020 games is very exciting news for the city.”

The bid will also have the support of President Zuma, who met with International Olympics Committee president Jacques Rogge during the Soccer World Cup, and of Sepp Blatter, president of world soccer body FIFA, who hailed the World Cup as an outstanding success and said it proved that SA could easily host the Olympics.

In addition, Durban is to host the 123rd International Olympics Committee conference in July next year, when the host city for the 2018 Winter Olympic Games will be announced, and many believe the IOC will quietly use this as an opportunity to make an early assessment of the city’s capacity to host the games.

Dave Hitch, owner of the ERA Upper Highway office, says that, historically, hosting the Olympic Games has generally been good for real estate in the host city.

“For example, house prices in the Olympic cities of Barcelona, Atlanta, Sydney and Athens all rose by more than the national average in the five years before the staging of the Olympics.”

And a report from global real estate company Jones Lang Lasalle entitled “Reaching Beyond the Gold: The Impact of the Olympic Games on Real Estate Markets” says one of the most important effects of staging the games, especially in developing cities, is the improvement of urban infrastructure which can have a major impact on property values. In Athens, it points out, a new airport built to the east of the city sent land and property prices in the Messogia area soaring while the Barcelona games in 1992 led to the complete redevelopment of the city’s waterfront and huge property gains.

Of course, Durban has already seen major infrastructure improvements thanks to the Soccer World Cup with the upgrading of the beachfront areas and the public transport system and the completion of the long-awaited King Shaka airport being the most obvious examples.

But according to city manager Michael Sutcliffe the planning strategy for the World Cup was called “2010 and Beyond” because the work is going to carry on to reinforce the fact that Durban is “Africa’s sporting and event capital”, capable of hosting events like the Commonwealth and Olympic Games.

Indeed, suggestions are already doing the rounds that the city could host the Commonwealth Games or World Championship Athletics as a prelude to the Olympic Games in much the same way as the Confederation Cup served as a curtain raiser for the Soccer World Cup – and all this points to a boost for Durban’s economy, with one of the main beneficiaries being the property market, says Hitch.

“Areas that would be likely to benefit particularly include those close to the stadium, those close to the Olympic village that would accompany the games, residential areas close to suppliers of Olympics-related products and services and areas offering tourist accommodation on public transport routes.

“Musgrave, Hillcrest, the Bluff and Queensborough could all be in line for positive spin-offs, and one would also expect an increase in commercial, retail and residential property development around the new airport.”