04 August 2010
A rare residential site on Hong Kong’s prestigious Victoria Peak fetched 1.33 billion US dollars at auction Wednesday, boosting one of the world’s most dizzying luxury property markets. The plot of land at 103 Mount Nicholson Road, which offers a panoramic view of Hong Kong’s world-famous Victoria Harbour, was snapped up by Nan Fung Group after attracting nearly 50 bids at this year’s fourth government land sale. 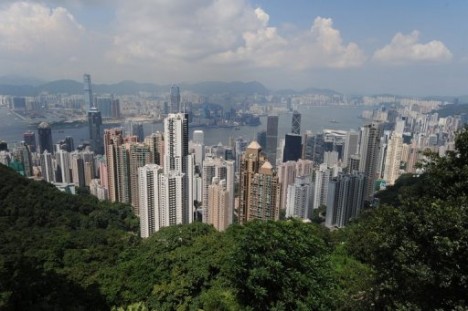 The 10.4 billion Hong Kong dollar price was 30% higher than the opening bid and at the higher end of the 8.1-11.5 billion dollars forecast by a market-watchers.

Nan Fung said it would develop the site through a joint venture with Wharf Holdings, one of the former British colony’s historic powerhouses and owner of the iconic Star Ferry.

However, several developers’ share prices fell Wednesday with the latest sale making less than the 10.9 billion Hong Kong dollars paid for another site last month, the second most expensive piece of land ever sold in the city.

In February, the government said prices of some luxury flats had returned to the peak levels of the 1997 property boom, partly thanks to deep-pocketed mainland Chinese buyers looking for safe investments.

The wealthy financial hub is one of the world’s most space-constricted cities, with even relatively well-off families often living in cramped quarters.

The latest monster sale was sure to boost confidence in the luxury end of the market, said Wong Leung-sing, head of research at Hong Kong’s largest property agency, Centaline Property Agency.

Wong said Nan Fung, which runs a diverse line of businesses including textiles, shipping and property development, would likely hold on to the land.

“Properties on the Peak are a unique type of investment because of the shortage of land supply there,” 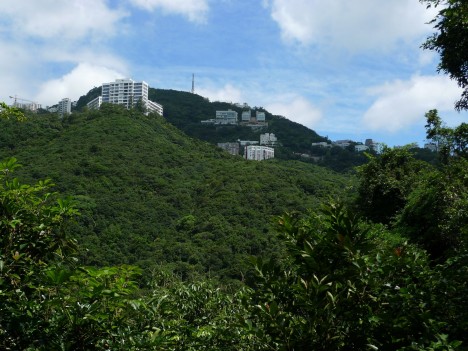 “British companies bought the land decades ago and they are still holding onto it now. I believe Chinese companies are looking to do the same, hoping that the value of the properties will reach exorbitant figures in another 100 years.

“I believe we will see more luxury property sales being delayed or shelved by owners who prefer to hold onto their investment as the market continues to move up,” Wong added.

Hong Kong’s home prices have climbed to their highest level in more than a decade, recent analyst reports have said.

“We expect that luxury residential properties prices will continue to follow an upward trajectory in the short-term, at least, and that average luxury residential prices in Hong Kong will have another 10 percent uplift over the second half of the year,” it said in a statement Wednesday.

The city’s government has ushered in a series of measures to cool overheating in the property market over the past year, such as increasing residential land supply and hiking stamp duty on luxury flats.