The market for super luxury houses has started to come to life again, especially in Johannesburg, and players have done some massive deals this year.
“It’s a welcome change after the market for houses over R10m was unnaturally quiet for a large part of last year,” said Dr Andrew Golding, the chief executive of Pam Golding Properties (PGP). 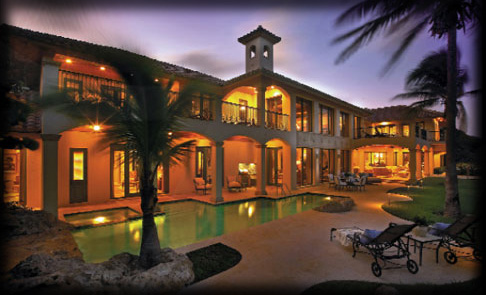 He said it was as though buyers in the market were carefully sitting on the sidelines.

A residential unit in Melrose Arch was sold for R22.2m.

Golding said independent sales data showed that about 25% of all sales in the past 18 months had been concluded by PGP in the upper market segment in the northern suburbs of Johannesburg.

He said this was more than double that achieved by any other agency, despite the fact that sales in all price categories in the northern suburbs had declined during this period.

Buyers included some high net worth individuals from Africa, including Kenya, Nigeria and Zimbabwe.

He said sellers in this market are however in a position to wait during a downturn, which means that their properties retain their value despite challenging market conditions. He added that many buyers were able to put down a large deposit.

One showpiece dwelling still looking for a new owner is a Bryanston house designed by the architect Stefan Antoni. This 2 400m² house is in the market for R65m.

Ronald Ennik, chief executive of Ennik Estates, which is affiliated to the international Christie’s Real Es-tate Organisation, confirms the uptick in the super luxury market.

He ascribes this to sellers becoming more realistic and beginning to realise that they need to adjust their asking prices.

In a recent case an asking price of R27m had to be reduced to R18m.

He said Ennik Estates was busy negotiating three transactions each worth more than R20m in Sandhurst, Senderwood and Westcliff.

He believes that prospects for the super luxury market are positive.

“Credit Suisse’s estimate that the number of dollar millionaires in South Africa will increase almost threefold within the next five years, from 71 000 to almost 250 000, is good news for the future of this market,” he said.

He said as the net worth of emerging new South African millionaires increases, they will become increasingly active as buyers and sellers of super luxury dwellings.

There are already 116 000 people in the South African super luxury housing market who, according to the Credit Suisse Wealth report, number among the top 1% representing 44% of global assets.

Ennik said a luxury 220m² apartment in the Michelangelo development in the heart of Sandton will sell for R10m.

A similar 220m² apartment in a Bulgari group development in London was sold for £17m.

The South African super luxury housing market is not however on the radar of the world’s wealthiest people.

Ennik said top property markets overseas have been relatively “bullet-proof” since the financial crisis and prices are still rising 10% to 15% a year.

Christie’s, which operates in more than 40 countries, generates sales worth $100bn a year in the super luxury housing markets.