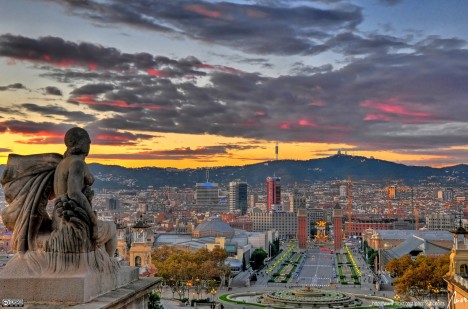 Flight comparison website SkyScanner has been conducting a poll and came up with a list of European suggestions.
Barcelona topped the list with over 12 percent of votes, followed by Edinburgh, the home of the famous Hogmanay celebration.
London, which hosts an extravagant fireworks display, was in third place, followed by a surprise entry in the form of Icelandic capital Reykjavik, which beat contenders such as Paris, Amsterdam and Berlin.