Tech
September 16, 2010 by Luxlife
0 0 0
17 September 2010
With the anticipated launch of the Apple iPhone 4 on 20 September 2010 from Vodacom,(Available on Luxlife for about a month), more and more clients want an honest review on the iPhone from someone in SA that has used it for some time. And this is exactly what we give you! 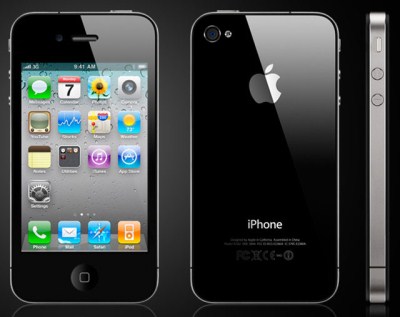 We have asked Mr D Borgstrom of Cape Town, who purchased the phone from us about 2-3 weeks ago to give us his honest opinion on his likes and dislikes:

I recently acquired the iPhone 4, after my previous iPhone 3G was liberated by a burly and unpleasant man. I loved my old phone. For that reason I did not even investigate alternatives in great detail, and instead impatiently awaited the release of the iPhone 4.

I had two concerns about the new phone. The first was the widely reported reception problems if you hold the phone in the ‘death grip’. I have not found this to be a problem, but that may be because I am right-handed and my ordinary grip does not cover the steel band in the vulnerable spot on the lower left hand side of the phone. It is however undeniable that any contact with the steel band in this spot interferes with the strength of the phone signal. The problem is supposedly ameliorated if you use a protective case.

My second concern was whether the phone justified the price tag – particularly in light of the fact that you can now pick up a 3G S phone for a lot less. It may be worth referring to technical comparisons (if you are so inclined, which I am not). The processing speed is probably faster, and the camera is better. For the rest though, I must say that the phone looks and feels exactly like its predecessors. Probably the biggest innovation is the Face Time feature, but until I have friends with compatible phones, this is not too significant.

While I am loathe to admit it, one of the main attractions of the iPhone has always been its styling and appearance. On this score the iPhone 4 is not a radical shift. Looking at the face of the phone is much like looking at its predecessors. The main design innovation is the steel band on the edges, leading to a squared off look. I am not yet convinced that this is an aesthetic improvement. It seems to me to be an incident of the need to visually distinguish the new phone from the old, for obvious marketing reasons. But saying that the new phone looks like its predecessors is not a bad thing. It remains, in my humble view, by far the best looking piece of electronic equipment you can have.

I love the phone for many rational reasons – it allows me to receive e-mail on the go, read document attachments on a good size screen, use the internet, watch youtube clips, listen to music, receive weather updates etc. But the biggest reasons you will want this phone and get it are completely irrational and self-indulgent. Once again though, that is not a bad thing.