27 September 2010
Sir Richard Branson has announced his Virgin Group plans to invest around £320 million on a string of new luxury hotels. 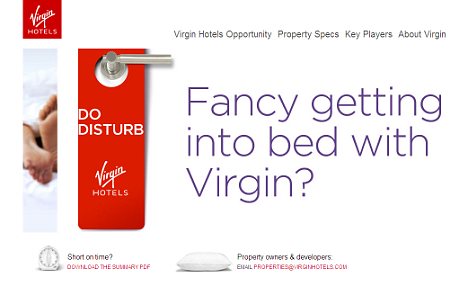 A new website www.virginhotels.com leads with the strapline: ‘Fancy getting into bed with Virgin’ and describes the project as ‘our next (ad)venture’.

The site says that Virgin Hotels will be a four-star chain that targets ‘high income, well-educated, metropolitan “creative class” customers’.

The first hotels will open in North America and eventually go global. Branson promises to “re-define the customer journey from pre-arrival to check-out.” 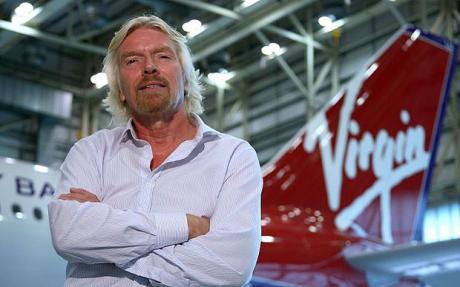 Mr Branson has also pledged to integrate Virgin flyers and loyalty program members into the project, to significantly enhance marketing, sales and distribution.

The venture “aims to acquire up to $500 million in properties” over the next three years.